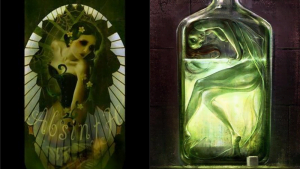 Alcohol and Drugs don’t help creativity – but creativity helps recovery from addiction. The power of example is present in both recovery and creativity.

Do alcohol and other drugs help creativity? No way – though many have tried it. There may be a lengthy list of known substance abusers who were famous artists of all kinds, including several writers who were Nobel laureates, but there is another list of greats who were certainly not. You cannot get creativity from a bottle.

Most people take the view that drugs can help a creative mind open up to new experiences, (including hallucinatory ones) but they will not help the actual creative process. ‘ the mind in creation is a fading coal, and although the wind of opium may fan it into an instant’s supernatural brightness, the flame soon exhausts its fuel, wavers and dies’. (MH Abrahams – the Milk of Paradise).

Few suggest however, that drugs can transform a normal prosaic person into a great artist. Drugs do not make a mind creative – the genes of creative talent must already be there for any meaningful result to happen. ‘if a man whose talk is of oxen should become an opium eater….he will dream about oxen’ (De Quincey).

The Danse Bacchanale of Creativity and Addiction, the mysterious tango, or entanglement, that has affected so many artistic people – writers, painters and musicians, has existed since man first started creating art some ten thousand years ago. Certainly, Homer sang of ‘the drug to heal all pain and anger, and bring forgetfulness of every sorrow’ and Vergil knew the ‘poppies soaked with the sleep of Lethe’.

So, does the ‘muse in the bottle’ exist at all? That argument will probably never be conclusively proved either way, and creativity and addiction will continue their dance. But the debate does not end there.

Humans as always, are greatly influenced by the behaviour of others. Once we have achieved our most basic needs of shelter and sustenance, we start looking around at what others are enjoying, and wanting it for ourselves. Thus, a would-be poet reading Samuel Taylor Coleridge’s marvellous and magical poem Kubla Khan, supposedly written while under the influence of opium, might well wish to try some of the ‘milk of paradise’ (ie laudanum) to which Coleridge alludes. But in such cases, we often focus too much on the benefits while ignoring the dangers. 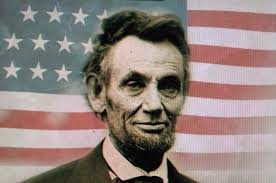 For example, Abraham Lincoln famously responded to complaints about the alcoholism of the great civil war general Ulysses S Grant with: ‘tell me what kind of liquor Grant drinks – I would like to send a bottle or so to some other generals’. Yet Grant’s drinking had eventual dire consequences, not least his own death from throat cancer.

A much more productive approach, in the realm of addiction studies, is to consider the reverse question: can creativity help recovery from addiction? The answer here is unequivocally ‘Yes’. 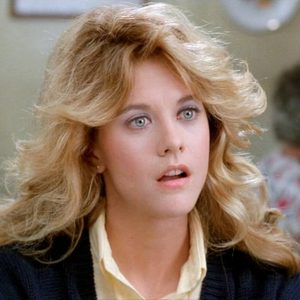 ‘I’ll have what she’s having..’ the famous line after Meg Ryan’s faked orgasm in the movie When Harry met Sally, is a typical instance of the human tendency to want what another appears to be enjoying. It is also a great illustration of the power of example. We need to be able to tap into this power because it is the energy that helps us to activate so many recovery tools. 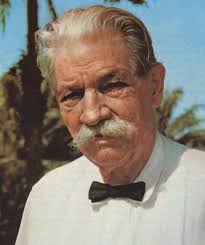 That great humanitarian, philosopher and doctor Albert Schweitzer, who spent much of his life working tirelessly to help others at his hospital in the Congo, had this to say:
‘Example is not the main thing in life—it is the only thing’.

This is never more true than in recovery from addiction, where the imitative desire can be helpful, indeed crucial. But only in certain conditions. What it requires first, is a grown-up understanding of our needs – so that we can differentiate between what is really going to be good for us and mere short-term pleasure (such as a Meg Ryan orgasm!)

If we can acquire this maturity in the way we make choices, then the example of others can become a hugely powerful influence. Exposure to AA and the euphoric sobriety we see in that company, becomes a legitimate and achievable goal. And suddenly, the creative option becomes attractive too – what a great way to fill all that empty time that we used to spend drinking or just grinning at the tv through a haze of marijuana smoke. 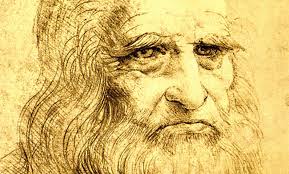 Creativity in recovery, especially creative writing, can help in many ways – expression of feelings, understanding of self, building self-esteem and providing a new interest and a new skill. And we can find all this by using our imitative tendencies that were awakened in the rooms of the fellowships. Because, art is essentially an imitation of life and has been seen as such since the earliest of times:                ‘He who can copy can create’ (Leonardo da Vinci).

The power of example is at work again. For those of us in recovery who are wanting some of the sobriety that we see in others, it is an easy step to transfer that same feeling into our creative interests.

Overcoming addiction is not easy and it most certainly requires change of some kind. To make change happen, the power of example is the most effective tool we have. Opening one’s mind to new ideas, that comes with creativity, is a pleasurable way of confirming to ourselves that change is possible.

It might seem difficult or hopeless when in recovery to direct attention toward a creative task. Brain fog, depression and general fatigue can mean low, or no motivation. Thankfully, doing small creative exercises can really get the brain and inner artist to come alive.

Creativity is within all of us – it is part of what makes us human, but some of us just haven’t discovered it yet, so give it a chance: ‘You’re a poet and you didn’t even know it’!

Seek out the creativity inside you – you won’t find it in a bottle. It will give you a new interest in life and make you and especially, your writing much, much more interesting in return. Learn from the example of others and respond. 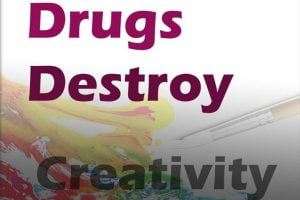