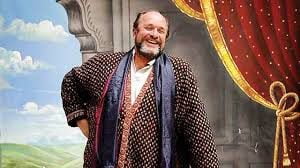 *The East India Company: The Original Corporate Raiders by William Dalrymple. Out soon – no publication date yet.