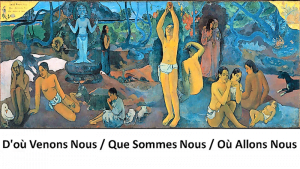 On this day in 1904 was born Hubert Blaine Wolfe­schlegel­stein­hausen­berger­dorff (a.k.a. Hubert Wolfstern) – the shortened name of a man who held the record for the longest personal name ever used. Hubert’s given name is made up from 27 names. Each of those names start with a different letter of the alphabet in alphabetical order, followed by a very long single-word surname. No one can agree on the exact length and spelling of his name because people are confused about it. Here it is: Adolph Blaine Charles David Earl Frederick Gerald Hubert Irvin John Kenneth Lloyd Martin Nero Oliver Paul Quincy Randolph Sherman Thomas Uncas Victor William Xerxes Yancy Zeus Wolfeschlegelsteinhausen. He was born in Germany but emigrated to the USA.
This information is of only limited interest, but Leap Year does not happen too often.
Wolfe­schlegel­stein­hausen­berger­dorff appeared in the Guinness Book of World Records as having the longest personal name. His picture was taken for the book in front of a New York City marquee bearing his name. But the name was mis-spelled.

Tomorrow will be March, and Springtime beckons. Meanwhile, we are in the cold and the fog still. Today’s poem by TS Eliot, has echoes of this and I think it one of his very best – Marina:

Quis hic locus, quae regio, quae mundi plaga?
What seas what shores what grey rocks and what islands
What water lapping the bow
And scent of pine and the woodthrush singing through the fog
What images return
O my daughter.
Those who sharpen the tooth of the dog, meaning
Death
Those who glitter with the glory of the hummingbird, meaning
Death
Those who sit in the stye of contentment, meaning
Death
Those who suffer the ecstasy of the animals, meaning
Death
Are become unsubstantial, reduced by a wind,
A breath of pine, and the woodsong fog
By this grace dissolved in place
What is this face, less clear and clearer
The pulse in the arm, less strong and stronger —
Given or lent? more distant than stars and nearer than the eye
Whispers and small laughter between leaves and hurrying feet
Under sleep, where all the waters meet.
Bowsprit cracked with ice and paint cracked with heat.
I made this, I have forgotten
And remember.
The rigging weak and the canvas rotten
Between one June and another September.
Made this unknowing, half conscious, unknown, my own.
The garboard strake leaks, the seams need caulking.
This form, this face, this life
Living to live in a world of time beyond me; let me
Resign my life for this life, my speech for that unspoken,
The awakened, lips parted, the hope, the new ships.
What seas what shores what granite islands towards my timbers
And woodthrush calling through the fog
My daughter.

Today I give thanks for a world where Leap Year and Poets and Historians are all welcome.